The Des Moines Central Campus Marine Corps JROTC shooting team just returned from the CMP Western U. S. Regional Championships in Salt Lake City, Utah.  Qualifying began for the 2 tournament back in January with the top teams advancing to the Championship. The Central shooters ended day 1 of the competition with a 2146 team score and an 11-point lead over 2nd place Lebanon, Oregon Army JROTC.  Central followed up with a Day 2 score of 2183 to take the Team Championship in dominating fashion, finishing with a 4327. Lebanon, Oregon finished 2nd with a 4292 followed by Pierre, South Dakota in 3rd with a 4198.

The individual Championship featured the top 8 shooters in a final shoot-off, with 3 shooters from the Central team vying for the Individual title.  Senior Tha Dah won the Individual Championship, shooting a 438.3 in the final, Kyler Boyce from Lebanon, Oregon was the runner-up, shooting a 436.8. Hope Dobek was 4th and Lizzea Wright finished 7th.  The team also won a $1,500.00 1st prize and a brand new Crosman Air Rifle. With the victory, Central qualified as the #2 seed for the CMP National Championships, which will be held in June at Camp Perry, Ohio. The top 27 teams from around the country will compete for the National Championship.

Central Campus also qualified for the National Junior Olympics, winning its 17th straight State Championship on April 2nd.  Central will take part in the National Championships , also in June held in conjunction with the CMP Nationals 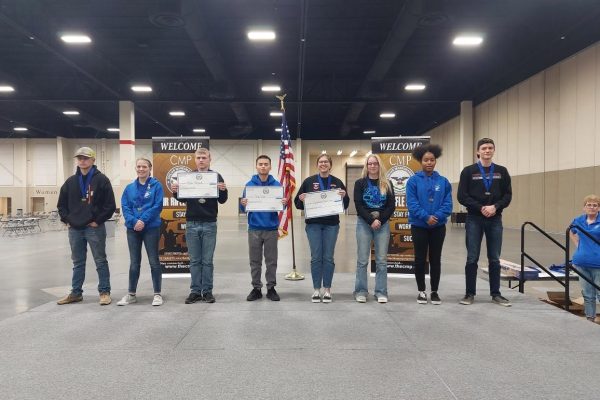